3 Things You Have to Know About Plagiarism in Essay Writing 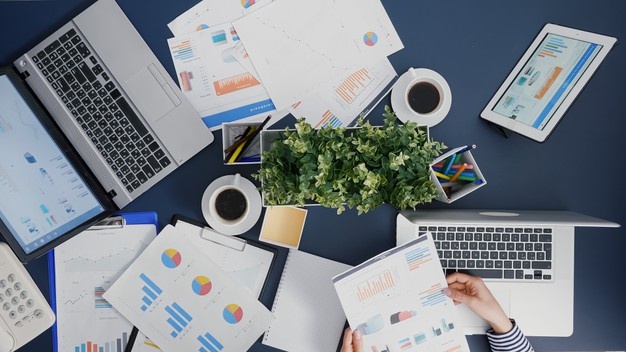 Every student has the potential to come up with a brilliant idea. Unfortunately, those brilliant ideas are not always new to the world of science and academic knowledge. Many people create novel concepts every day. So, it becomes only more difficult to generate something principally fresh.

That often leads to repeating things that other people have already said and written. And great minds think alike, so a student might unintentionally “copy” something. Or they might do it 100% intentionally…

No matter the case, no academic institution tolerates plagiarism. And the best way to avoid it is to know what to avoid.

But unintentional plagiarism is still an outrageous violation when it comes to serious projects. For essays though, you might just have to write this assignment again. But you also have to prove you didn’t steal.

#2: Variety of Forms of Plagiarism

If you write your name on another person’s paper, it will be plagiarism alright. Also, merging extra ideas with your ones is this case too. But any definition of plagiarism won’t describe the richness of its variability.

Here are all types of plagiarism that a student can “add” to their essay:

This is the most alarming and the most obvious type of intellectual theft. In this situation, a student will take someone else’s paper and claim the authorship. Of course, the author might not publish the work. They might even let a student say that an essay was their whole idea. That doesn’t change the situation, though.

It’s when a student uses sources that are not accurate or don’t exist at all. Or it might have existed but got deleted for some reason. No matter the situation, students here cozen other people by stating something that has nothing to do with objective reality.

As a result, the conclusion of an essay doesn’t give a required answer to the main question. It gets even worse when a student has to write something more serious than a mere essay. For instance, when you have to submit a paper the results of which will affect future scientific research.

It’s almost the same as the direct one but here we mean copying separate sections. Of course, students have the right to paste or write down whole quotes. That requires proper citations. But if you take a paragraph from another’s paper and sneak it into your original text, it’s plagiarism.

This is one of the most debatable ones. Like, plagiarism is intellectual theft, right? Then how can students steal from themselves?

This term describes situations when a student submits their old paper and says it’s a new one. Of course, a student can alter their old essay a bit. Nonetheless, it has no novelty, so no original vision. Yet, this issue is more common among scientists and researchers who have already published at least one article.

Yet, no one bans citing oneself if the research requires mentioning old results. So, the most significant thing here is the positioning of content. If it’s not principally new, it demands citations, period.

A student still uses others’ ideas but alters the wording. That’s it. The anti-plagiarism program won’t notice the stolen content, but it’s still there in the essay.

This happens when there is a mistake in acknowledgment. For instance, two authors work on an essay but only one gets mentioned as a creator. Or only one person works but the other “author” gets credit too. It’s not that common in essay writing because essay assignments are usually individual. But it can happen when a group has to create and present an academic project together. Of course, the contribution can’t be equal. So, it’s important to clarify who did what. For example, one person writes the text, the other person edits it.

This is when a student inserts small phrases into their original text. It’s hard to detect but interposing is still a severe form of intentional content stealing.

Even if you fail to present something novel and creative, you won’t have any problems with the law. Sure, local academic rules might require some forms of punishment. It can even lead to expulsion. But it’s a moral conflict, not a civil or criminal breach.

In Conclusion: how to avoid plagiarism in essay writing

You have to be extra careful not to plagiarize extra content in your essay. Even when an anti-plagiarism program says your text is “clean” it doesn’t mean it’s like that objectively. If you even use additional ideas, don’t be lazy to cite them. Yet, plagiarism has nothing to do with law violations. So, the worst thing that can happen when you steal an idea for academic writing is expulsion but nothing more.